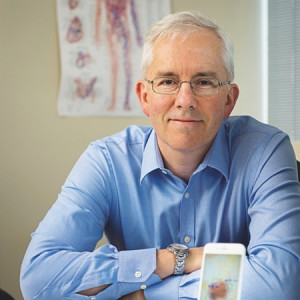 James practices in Hobart, Tasmania and is the founding owner and executive director of FixSIBO. In 2014, a patient of James who had Hep C wanted to import the new cure from overseas without mortgaging his house. From this  FixHepC and FixRx was born. James supported his patient to legally import the medication, tested the medication, and then kept an eye on his patient’s progress and successful cure. Word got out and one patient became 100, which became 1000.

His work in this area has been peer reviewed in the Lancet and he has published his research and results for his 1000s of patients at all the major liver conferences.

James is a mentor, sounding board and friend to the Hep C Action team, commissioned the creation of the butterfly symbol for Hep C elimination and designed the publicity campaign poster “Old and Tired”.