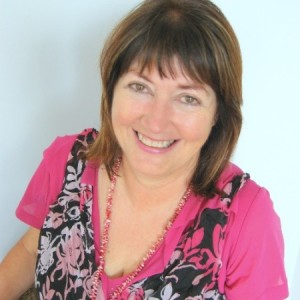 Rachel is living hep C free having been successfully treated with Viekira Pak in 2016. In the early 2000s, she was part of Professor Ed Gane’s first trials searching for a cure after discovering she had hepatitis C in 1998. She was then one of the first in New Zealand to be given pegylated interferon with ribavirin before it was publicly funded but found the side effects unbearable and had to stop treatment after ten weeks. Her hepatitis C could then only be monitored as there was no cure and during those long years, she watched many of her close friends die from hepatitis C-induced liver failure. Finally in 2016, with a cure now available, she was lucky enough to be given a compassionate 12 week course of Viekira Pak before it was publicly funded.

Her experience living with the virus and her successful treatment has led her to become a patient advocate and lobbyist for public funding of hepatitis C treatments for all genotypes.

For the last 20 years she has been a television producer and researcher, working on documentaries, series and current affairs, and several years ago she produced a story for 60 Minutes “The Silent Epidemic”. Researching this programme made her aware of the stigma surrounding hepatitis C as it took a long time to find people who would publicly tell their stories.

She is now passionate about spreading the word that there is an 8-week cure available for all genotypes, which is now publicly funded. However, to be cured, people at risk need to come forward to be tested. To this end she is working on several nationwide awareness campaigns using her media skills. Before becoming a TV producer she was a journalist, radio producer and film and TV publicist.

Much of her work is focused on Auckland and the Northland regions where she is the consumer advocate for the Northern Region DHB Steering Group, a group working with various agencies to find and treat patients with hepatitis C. Her patient experience and media background has helped to support messaging to the wider public across Auckland. She is also media consultant for the Health Promotion Agency on their Ministry Of Health hepatitis C campaign, and she was a keynote speaker at the DAPAANZ (Drug and Alcohol Practitioners Aotearoa) Cutting Edge Conference in 2017. Rachel is also a member of the Ministry of Health’s National Action Plan to eliminate HCV committee.